When they identified a problem with on-site air quality, they called in an AirBench Sales Engineer.

AirBench identified the issue as arising from 3 parts of the Excalibre process; cutting open used filter housings; welding components back together; and a goods in station where product was first examined. During the sales process, AirBench demonstrated the proposal to Excalibre engineers and end users; then recommended FPT model welding and grinding benches for the two hot processes; and a further FN model for the examination area. 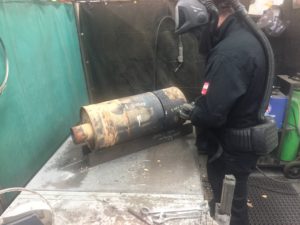 Excalibre followed the recommendation from AirBench, and immediately noticed an improvement in their working environment.

A spokesman for Excalibre said:
Now with the Airbenches in use a massive difference has been made to air quality, which was supported by recent tests. 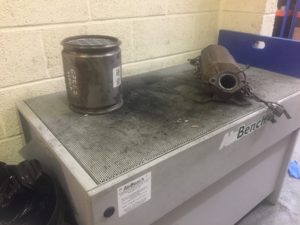 Excalibre plan to expand their AirBench installation to their other site in coming months.

AirBench Ltd are the UK’s leading manufacturer of downdraught benches and cross draught extraction systems.   We have more than 10,000 extraction systems in service in the UK and overseas.  Along with our range of coolant mist filters and air cleaning systems, we are actively helping businesses across many industries solve their workplace dust and fume issues.

Made in the UK

All AirBenches, VertExes, OMFs and MFs are assembled in our factory in the East of England.

Most units require unwrapping and setting into position.

Under 70 dBA across the range so no requirement for protection.

AirBench can help you comply with COSHH regulations.

AirBench complies fully with the many areas covered by HSG258 guidance.

AirBenches are designed to improve efficiency and reduce energy usage.

All our fans are ERP compliant.

By recirculating clean air we avoid the heat losses of ducted systems.

AirBench is established and has been improved over many years.