You are here: Home / Latest / What is Chronic Obstructive Pulmonary Disease (COPD)?

Characterised by difficulty breathing, a persistent cough and tiredness; Chronic Obstructive Pulmonary Disease or COPD is the third leading cause of death worldwide.

Occupational exposure to dust, fumes or chemicals are among the most common causes of COPD. Fortunately, it is preventable, especially when the right safety measures are in place. 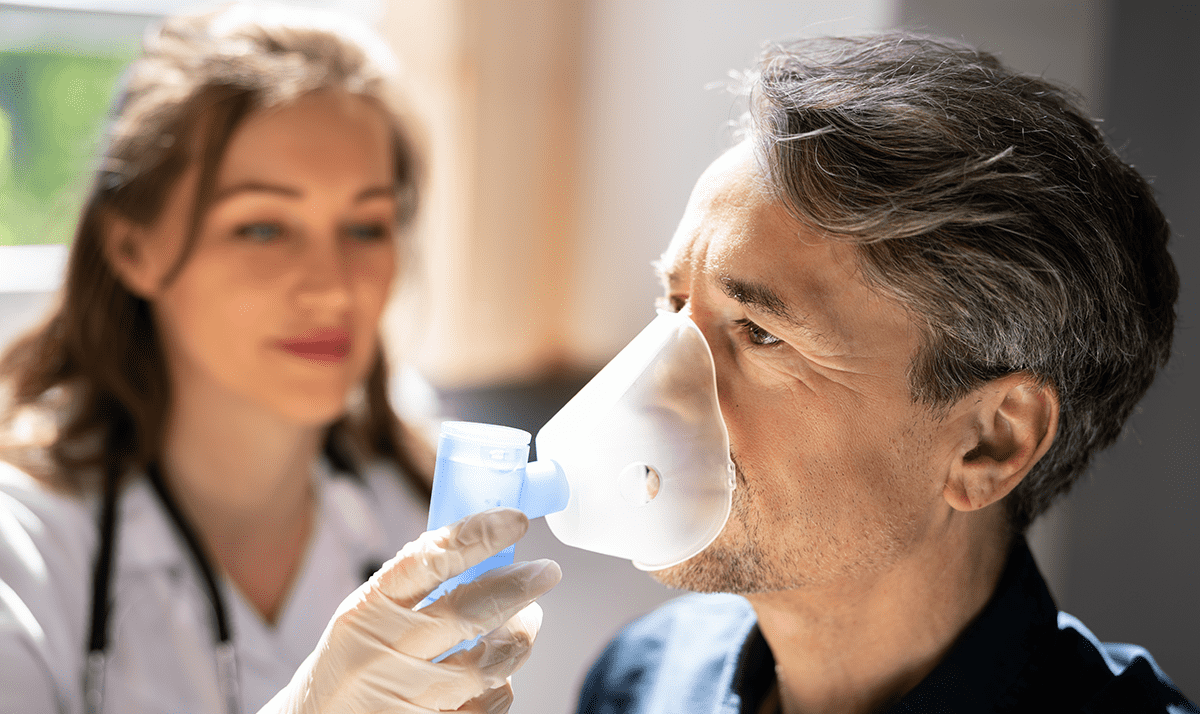 People working in mining, construction, stonemasonry, welding and plastics are particularly prone to developing the disease. The more prolonged the exposure, the higher the chances of contracting COPD. A major cause of illness, there are an estimated 300 million cases worldwide. Currently, there is no cure, but the good news is that it can be prevented with the right safety measures and equipment.

The condition impairs people’s ability to carry out daily tasks, leads to hospital admission, time off work and even unemployment. Respondents in one survey reported stress, worry and depression or low mood.

Anyone who works around the following substances can be at a particularly high risk:

To fully understand the scale of the problem, an estimated 1.2 million people are living with diagnosed COPD – considerably more than the 835,000 estimated by the Department of Health in 2011. At least 115,000 people are diagnosed with it each year, which is the equivalent to a new diagnosis every 5 minutes.

In terms of diagnosed cases, this makes COPD the second most common lung disease in the UK, after asthma. Around 2% of the whole population (4.5% of all people aged over 40) live with diagnosed COPD.

The World Health Organisation projects that deaths attributable to COPD will increase by up to 30% over the next decade. In the UK, an estimated 30,000 people die from the condition each year, making it the second biggest cause of death from lung disease after lung cancer.

Information last updated by the National Institute for Health and Care Excellence (NICE) in 2016 says an estimated 3 million people have COPD in the UK, “of whom 2 million are undiagnosed”.

NHS Digital data shows that in 2020/21, approximately 1.17 million people in England were diagnosed with COPD, which is around 1.9% of the population.

The main cause of COPD is smoking, and the NHS says it is thought to be responsible for around 9 in every 10 cases.

However, COPD can also affect people who have never smoked. In fact, many cases have been reported due to long-term exposure to harmful fumes or dust. The Health and Safety Executive has published information on occupational causes of COPD, which means people working in these industries are at a much higher risk of developing COPD:

A wide variety of dust or fumes have the potential to cause COPD if exposure is high and over a long period of time; for example, studies suggest that the following substances are dangerous:

Research suggests that exposure to air pollution over a long period could increase the risk of COPD but the NHS notes that the “link between air pollution and COPD is not conclusive”, and research is ongoing.

Prevention is the best cure!

COPD is a debilitating disease with lifelong consequences. Luckily, with the right equipment installed at your workplace or facility, you can not only keep everyone safe but also comply with the latest health and safety regulations.

AirBench’s dust and fume extracting workbenches are proven to be effective solutions in industries where workers are regularly exposed to harmful contaminants, keeping everyone safe and avoiding productivity gaps.

Find out more
See all Latest

AirBench Ltd are the UK’s leading manufacturer of downdraught benches and cross draught extraction systems.   We have more than 10,000 extraction systems in service in the UK and overseas.  Along with our range of coolant mist filters and air cleaning systems, we are actively helping businesses across many industries solve their workplace dust and fume issues.

Made in the UK

All AirBenches, VertExes, OMFs and MFs are assembled in our factory in the East of England.

Most units require unwrapping and setting into position.

Under 70 dBA across the range so no requirement for protection.

AirBench can help you comply with COSHH regulations.

AirBench complies fully with the many areas covered by HSG258 guidance.

AirBenches are designed to improve efficiency and reduce energy usage.

All our fans are ERP compliant.

By recirculating clean air we avoid the heat losses of ducted systems.

AirBench is established and has been improved over many years.

If you'd like to try AirBench for FREE simply book a demo and we'll bring one to you.

If you’d like to try AirBench for FREE simply book a demo and we’ll bring one to you.